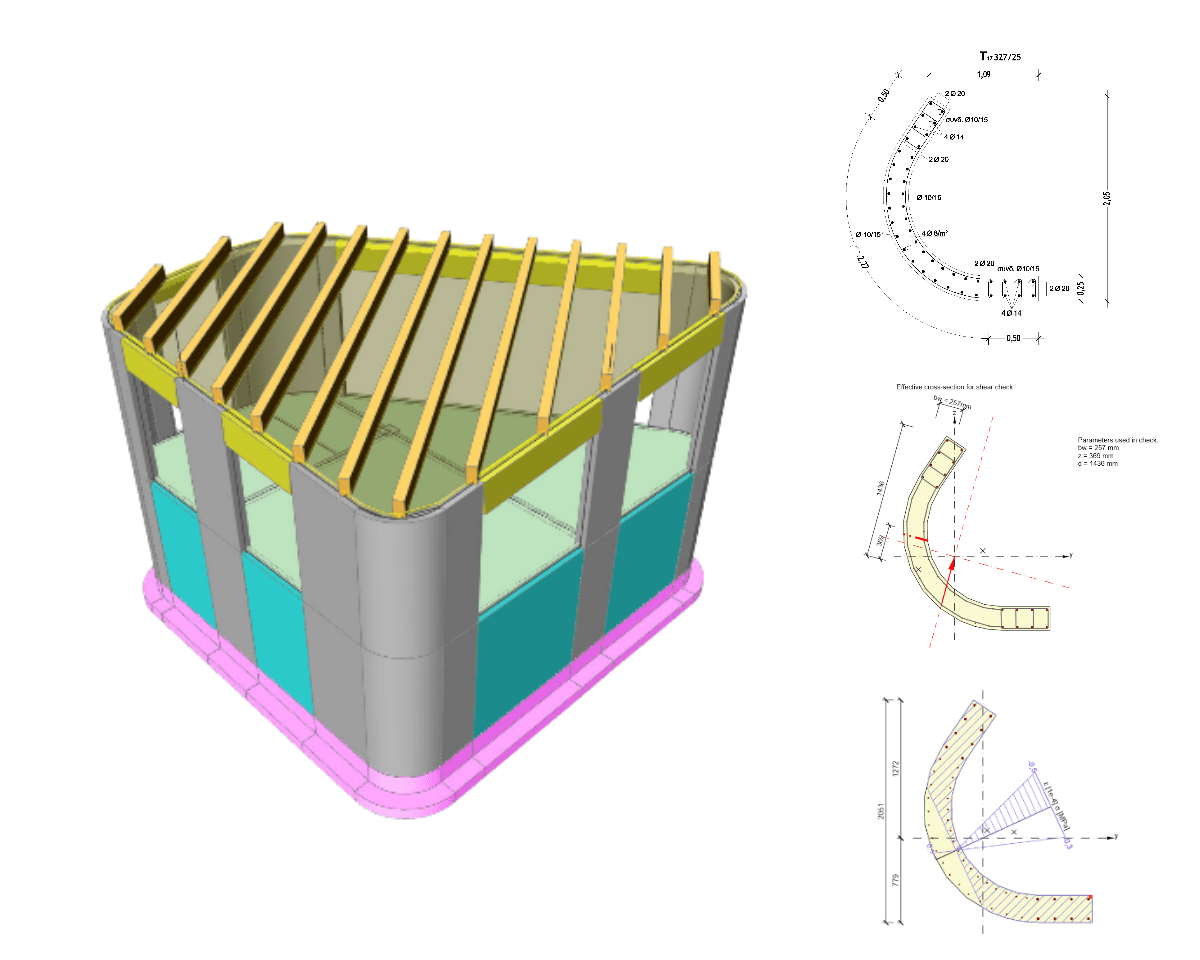 The use of the shear wall types is justified in the case of high-rise buildings because the wind pressure and earthquake forces are higher in such cases. The shear walls have a plane or flanged type of structure. In some cases, the core walls are made up of channel sections, as they provide resistance towards lateral displacements.

In this article, we will discuss types of shear wall, and design techniques for shear walls. Let’s start with the introduction of the shear wall.

What is Shear Wall?

It is a member of the structure used to act against the lateral forces such as the forces which are applied in a parallel direction to the plane. In the case of slender walls, the bending value is more but it resists the load with the help of is cantilever action.

In the construction of buildings, a solid vertical diaphragm which able to transfer the load to the ground acted by floors, walls, roofs. This type of load acts in a parallel direction. The main example of such type of structure is a cantilever reinforced wall. The seismic and settlement in the structure can result in failure of the structure by shear. So in order to cope with that, shear walls are necessary.

The normal type of wall is non- load bearing wall which is also term3d as the dividing wall. They have less importance in the structure. They are not integrally attached to the foundation of the diaphragm of the reinforced structure. A normal wall mostly serves the purpose of acting as a partition between the rooms.

While the use of a shear wall is to serve the resistance against the shear forces acting on the building. The direction of the wind and horizontal earthquake forces is normally perpendicular to the structure.

When it is built in the structure, the forces which previously were acting to affect the whole building will try to lift the corner of the wall. This is the reason why the wall needs to be connected with the foundation of the structure.

What is the Purpose of Shear Wall?

Strategies for Design of Shear Walls

There are three kinds of design strategies,

This method utilizes full tallness shear walls sections that are used to proportion necessities and are typically limited against overturning by hold down materials at the end of each portion.

The force transfer method to design the shear wall considers the whole shear wall with openings and the wall openings around the walls as portions.  The technique requires the force around the border of the openings to be analyzed and designed completely.

With this strategy, the hold-down things for the most part happen at the end of the shear wall, not at each pier of the wall, and around the opening special type of reinforcement is required.

The third and most up to date strategy is the perforated shear wall technique, which is an exact methodology that doesn’t need special force transfer neighboring the openings.

The punctured shear divider strategy, in any case, explicitly requires hold-down devices at each end of the perforated shear wall. The thickness of the wall is between 150 mm to 400 mm. The breadth of bars is between 1/10 of the divider thickness.  The minimum allowed reinforcement is 0.25% of the cross-sectional area.

These types of shear wall comprise reinforced walls of concrete and strengthened slabs of concrete.  Wall thickness fluctuates from 140 mm to 500 mm, contingent upon the number of stories, building age, and thermal insulation necessities.

Moreover, these types of shear wall are persistent all through the structure height. There are rare cases when shear walls are discontinued at the road front or basement level to provide space for commercial or parking spots. Normally the wall design is symmetrical with one of its axis of symmetry.

Plywood is the conventional material utilized in the development of Shear Walls. The making of pre-assembled shear boards have made it conceivable to infuse solid shear gatherings into little dividers that fall at either side of an opening in a shear walls.

As well as the utilization of sheet steel, and packed steel shear walls, has ended up being far stronger in resistance to seismic forces when utilized in shear walls. Plywood, to move shear forces, Chords, to oppose strain/pressure produced by the overturning moments. Base connections that perform the transfer of forces to the foundation.

These types of shear wall are an improved wood shear wall that was created by upgrading the joints among sheathing and members in framing, so the failures observed in standard testing,  are practically removed at the level of lateral load, which are large enough to cause failure in the standard wall.

In mid ply shear divider plan, one ply of sheathing material is set at the center of the wall between a series of sets of studs arranged in a 90° turned position comparative with those in standard shear walls.

Reinforced hollow concrete block masonry walls are developed by the provision of reinforcement in the hollow concrete block masonry, by utilizing hollow spaces and their shapes. This type of shear wall requires reinforcement of steel in horizontal and vertical directions at critical locations of the structure, filled with the new grout concrete in the empty spaces of masonry blocks.

Reinforced Hollow Concrete Block Masonry (RHCBM) components are planned both as load-bearing walls for gravity loads and furthermore as shear walls for lateral seismic effect, to bear the effect of earthquake forces..  this type of construction is termed as shear wall- diaphragm concept, which gives three-dimensional stiffness to the buildings.

Some advantages of shear wall are:

What is Screen Walls? And Where We do use in construction.

What are Pitched roof: Internal structure of the ceilings?

The importance of structures in construction planed todays?