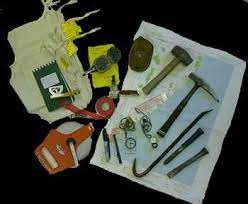 Aerial surveys produced by low flying airplanes are the latest methods of surface exploration the entire engineering study area is photographed using sophisticated cameras and controls. These maps are then interpreted to provide sufficient geological details of the area surveyed photo-geology now has its own branch of geology.

Drill holes trial pits and its shafts galleries and exploratory tunnels in such explorations both the underground areas are reached for direct examination and testing or samples are obtained which are examined and tested in the laboratory the indirect methods of subsurface explorations are used extensively and involve the application of geophysical techniques for obtaining a fairly accurate idea of subsurface geology.

This is preceded by procuring the topographical map of the area to be investigated. The topographical map should be constructed on a sufficiently large scale, generally 1cm25 km or 1 50000, but in practice, it will serve as the base map for systematic fieldwork.

Compasses for finding directions taking traverses and locating one’s own position on a map can be found in many places around the world. There are two widely used compasses, a clinometer compass, and the Brunton compass.

Field maps should be drawn in black pencil to record orientation data, while colored pencils, used to record rock lithology, should be water-resistant and should have a relatively thin lead that glistens when wet. Never directly record field data onto a map or in pen nobody is perfect.

The notebook should contain information that cannot be recorded on the topographic map. Such a notebook is most convenient if it is 20 x 10 cm in size, must be strongly bound, and is made of good quality paper. All observations should be in a brief, legible manner.

geologists there is a code of hammer activity never destroy interesting structures by uncontrolled hammering and never remove fossils from a natural outcrop if you wish. materials

A good hand lens with a moderate magnification x10 is essential for the examination of a fresh rock surface to determine such features as mineral content grain shape and microfossils in a rock. geological fieldwork.

For Geological fieldwork, we used measuring tape as a primary measurement and read a measurement on our notepad or field book as fieldwork.

How to Improve the Bearing Capacity of Soil?

What is Topographic leveling? why is important.

TYPES OR METHOD OF LEVELING IS USED IN SURVEY?