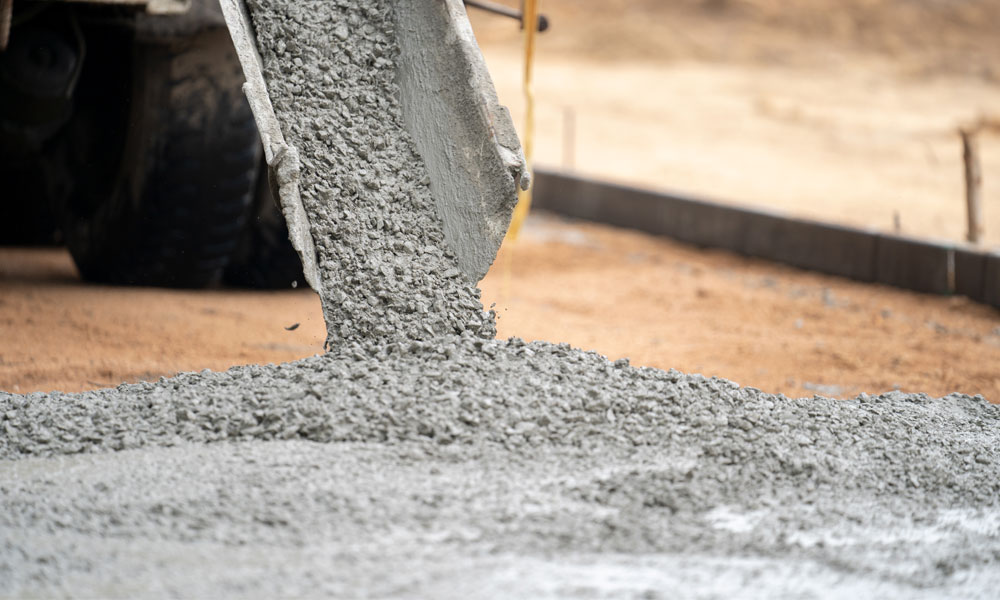 Definition of concrete: The first thing we must clarify is that concrete and Concrete Type are the same, its name varies according to the country, concrete is a mixture of cement, sand, gravel, addictive, and water. It is one of the most common base processes in construction. Concrete or concrete is used throughout the world in roads, buildings, bridges, dams, retaining walls, and minor buildings.

Mortar is a mixture of cement, sand, and water. It is the mixture used for brick gluing, repellants, or surface finishes. With this definition, we indicate the main difference between concrete and mortar with which we will avoid confusion with the two terms for later mentions.

Portland cement, as it is generally known, is a binder material and reacts with water, it is made up of limestone and clay as a base, in addition to silica, alumina, and iron oxide. These compounds give properties to the cement according to the amounts provided. The result of the crushing of these materials produces the Clinker, finally, the plaster is added in small percentages that act as a retardant and allows it to set when adding water and later harden.

Sand is an aggregate that is obtained by disintegration or crushing, naturally or artificially from rocks, they are called siliceous, limestone, granite, etc. aggregates. According to the origin from where it is obtained. The best sand for concrete is river sand which gives a better concrete resistance, the sand obtained by artificial crushing has fragmented grains and has a light layer of dust that can intervene in the conglomerate.

This material is a crushed material that meets dimensions greater than 5mm, usually produced by mining in a rock deposit, river stone is also widely used, which is used in concrete for floors, foundations, and cyclopean. Gravel fulfills the objective in the concrete of providing volume and resistance, so the selection of the type of gravel is important depending on the structure in which the concrete will be poured and its resistance. The cornerstone or crushed stone performs a good function in structural concretes because it is more uniform in its dimensions.

Water is very important in the strength and consistency of concrete, in its preparation and subsequent curing of the concrete. The water must be clean and must not contain substances such as oils or salts, this can affect the time in which the concrete reaches its maximum resistance, the only mixtures that must be made with the water are the addictive concrete mentioned above that are specialized for mortars and concretes. The percentage of water must be fair to meet the strengths of each concrete. See Concrete dosage.

The use of additive for concrete is very common, they are used to improve the properties of concrete, and also depending on the conditions of the place where the work is being carried out, some places can be very cold, high temperatures, or coastal places where salts are present chlorine. Delivery times or stripping are another of the factors why they use these addictive’s, the most common being accelerators, waterproofing agents, air entertainers, corrosion inhibitors, anti-washout, and adhesion.

We can find the different concrete type of specific concretes for different projects, knowing their differences is very important when using it in a work, they differ in their characteristics such as resistance, finish, durability, setting, places where the concrete will be poured, and time in which that will reach its maximum resistance, below we describe some of these:

It is also simple concrete but composed of large stones or blocks. It does not contain reinforcement and is used in continuous foundations, bases, fillings, or some retaining walls that do not require high resistance. This cyclopean in small constructions is commonly used as a base in loose or damp soils, the cyclopean fulfills the function of base and prevention of future humidity in the walls

This type of concrete is structural and has reinforcement (steel) to obtain greater resistance in buildings, such as columns, beams, and slabs. Plain and cyclopean concrete comply well with compression forces, but do not perform well with tensile, bending, shear, etc. forces. Reinforced concrete performs well with different types of forces, but the design of the steel structure must be carried out by a calculation engineer.

It is dosed at the plant, which can be mixed in the plant or mixer trucks, to later be transported to the construction site. There is a great variety of pre-mixed concretes, according to the specific need of each work: high resistance, accelerated resistance, low permeability, accelerated setting, light, among others.

Used for simple or reinforced concrete elements, manufactured in a different place than their final position in the structure. This precast concrete is commonly used in caps, slab plates, objects such as traffic dividers or chairs for public places.

This type of concrete is a hardened mix of various dry aggregates and a synthetic resin that is used as a binding agent (No cement is used). Being composed in this way, it forms a three-dimensional matrix reinforced with fiberglass that, when catalyzed, quickly obtains a solid compound with very high compressive strength. Its main advantages are Greater resistance to hydraulic concrete, much lighter than traditional concrete, waterproof, and electrical insulation.

Concrete poured into a molding that is equipped with a vacuum mat to eliminate water or elements not necessary for placing the concrete, in this molding, the concrete achieves a resistance of 28 days preventing it from drying out. The elastic and seizure imperfections are vastly greater than for normal-weight concrete.

Used in constructions with face elements and can be requested in the desired tonality. The resistance varies according to the project specification, its costs are variable, not only because of the pigment used in its coloring but also because of the complexity in the logistics involved in the production process to avoid the change of tonality in the entire volume shipped.

Known as “ecological”, “green” or sustainable concrete, it allows water to flow through its structure, allowing water to be recovered and avoiding soil desertification. Mainly, it is used for the construction of parking lots, pools, tracks, sidewalks, cycle paths, among others.

Different Grades of concrete – Their Properties and Uses

Concrete! Components and Production of Concrete

Foam Concrete Ingredients and Its Properties