Traditional construction system, made up of falsework, reinforcing steel (longitudinal and transverse), and cement that is cast in place, very stable and reliable, but with a disadvantage in time and costs due to the fact that it requires a lot of effort in the shoring part, formwork and in the enabling of reinforcing steel, its use is recommended for construction projects and small slab spans (less than 5 meters). 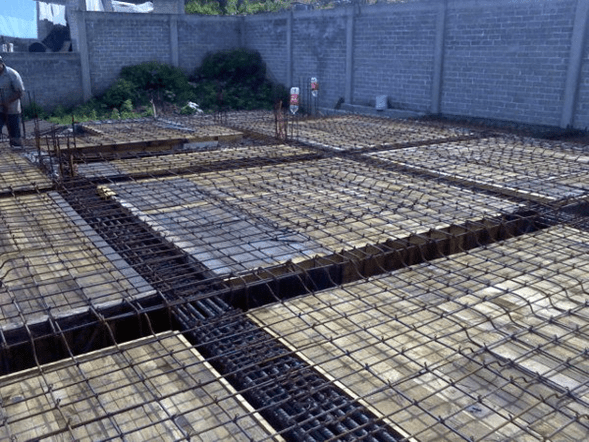 Slab Grill ready to be squeezed into a concrete ceiling

It is one of the most used due to its ease of installation and for large construction projects, where time is a key factor; However, the costs of this construction system are high, it consists of a layer of steel sheet and another layer of concrete (concrete firm), it does not have good thermal insulation because steel is a heat-conducting metal. 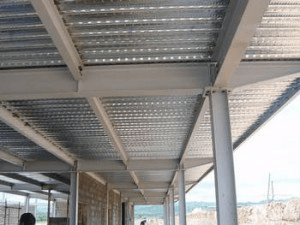 The roofing system is commonly known as “Slab-steel”

In developed countries, the current trend is construction with prefabricated structures; In the case of ceilings, according to their dimensions, the sections are ordered in advance, which is cast in the factory, to be subsequently taken to the work, where, with the support of cranes, they are placed on site, sealing only the unions.

Precast slabs are made up of reinforcing steel and cement. The formwork is carried out in the factory under controlled conditions. The main advantage of this system is time. Its main disadvantage is cost, so it is very little used in the country works Latin Americans.

Disadvantages: High costs and the manufacture of the slabs must be ordered in advance. 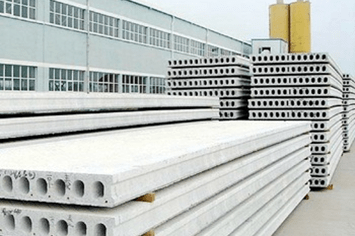 Of this system there are two main ones that are the most common:

Both systems follow the same constructive method: systems made up of prefabricated beams and blocks (vaults), they are carried out, assembled, reinforcing steel is placed, generally, the electro-welded mesh is used like steel, to later proceed with the casting of cement construction systems for roofs.

The 3 main differences between polystyrene vaults and concrete ones are:

Structural lightness: polystyrene vaults are lighter than concrete ones, this is extremely important when there are movements of the ground or of the structures themselves due to the natural expansion of the materials; in the same way, being less heavy, the slab with polystyrene vault reduces material in other underlying structural elements.

Thermal insulation: another great advantage that polystyrene vaults have over concrete ones since thanks to polystyrene, the heat is reduced inside and thermal comfort is maintained for longer than when using traditional roofing systems.

Acoustic insulation: Polystyrene is used in houses, offices, and shops that prefer to be isolated from outside noise, this material is excellent as an enemy of noise since it does not allow external sound waves to penetrate the interior of the property.

Advantages: of the construction system with the two variants (concrete and polystyrene): Installation times shorter than other systems, it does not require highly experienced personnel, it has thermal and acoustic insulation (in the case of polystyrene vaults); and the use of contact formwork is not required.

Disadvantages: The use of temporary shoring is required, high cost. 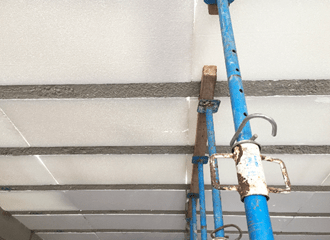 The shoring in the joist and vault construction system is less than other roofing systems, and the formwork is nil.

There are several construction methods that can be used to build a roof or mezzanine, the current trend is to go for the quickest and most manageable processes without sacrificing the quality of the materials. However, each system has its advantages and disadvantages that must be considered before choosing the construction system to use.

If the time factor is relevant in the project, going for prefabricated systems is a good alternative; on the contrary, if time is not relevant, and the project will sustain high loads, a traditional system would be more suitable.

Taking into account other factors such as thermal or acoustic insulation are also decisive before choosing the most optimal roofing system.